The aging Patriarch of your family has uncharacteristically invited everyone to dinner.

He says he's made changes to his will that affect you, and he will read it after dinner.

Inspired by the films Clue and Knives Out, you'll tell a story about the death of a grandfather and the familial drama that caused it.

As a Descended from the Queen game, you'll read some instruction cards first, and play consists of drawing and responding to prompt cards.

Every character has Resentment- a stat that represents your feelings toward the Patriarch and the family. Cards will instruct you to modify yours, or ask others to do so.

If your Resentment is 0 or below, you are automatically innocent when the last card is drawn, and being a murder is always opt-in.

Play for Free on Story Synth

Want to check out the game before you buy? Or play online with friends?

If you play the game there and want to come back and buy it, that would be rad!

For the Queen™ is a trademark of Alex Roberts. The Descended From the Queen Logo is © Alex Roberts, and is used with permission.

In order to download this game you must purchase it at or above the minimum price of $10 USD. You will get access to the following files:

Support this game at or above a special price point to receive something exclusive.

Want to play Dead After Dinner but don't have the funds?

Grab a community copy for free, no questions asked. If you want to play my game, I want you to be able to!

You can also play it online for free on Story Synth at bit.ly/playdadgame.

Thank you for writing about it! I'd love to hear about it if you play! 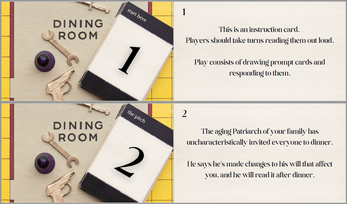 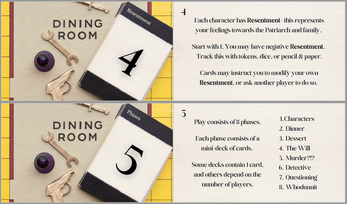 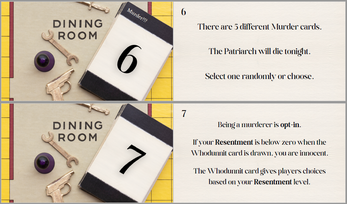 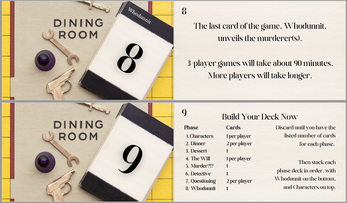